Kathryn moved to West Monroe, LA in 2004. She grew up in Austin, TX and received her Bachelor’s degree in psychology from the University of Texas at San Antonio. From there, she went on to Abilene Christian University and obtained a Master’s in Marriage and Family Therapy. Kathryn is a licensed Marriage and Family Therapist and has worked as the case manager for the 4th Judicial District Juvenile Drug Court Program since 2005. She also works part time for Ouachita Counseling Services providing group therapy for the 4th Judicial District Adult Drug Court Program. She has three “fur babies” – a sweet puppy named Jake and two cats, Nug Bug (Nugs) and Mittens.

Kathryn joined the Junior League in 2010. Some of the committees she has had the privilege of being a part of are: TLC, Provisionals, Kids in the Kitchen (Chair), Placement, Community Outreach-formerly DIAD (Chair). This is her third year serving on Board. She was Corresponding Secretary for two years and is currently the Nominating and Placement Chair.

Kathryn is also a member of the Children’s Coalition of Northeast Louisiana and serves on the Board. One of the main reasons Kathryn joined the Junior League was to get more involved in the community. She has a real passion for helping others, and by being in the League, she has been able to become a more effective mentor and role model for the youth she works with on a daily basis. 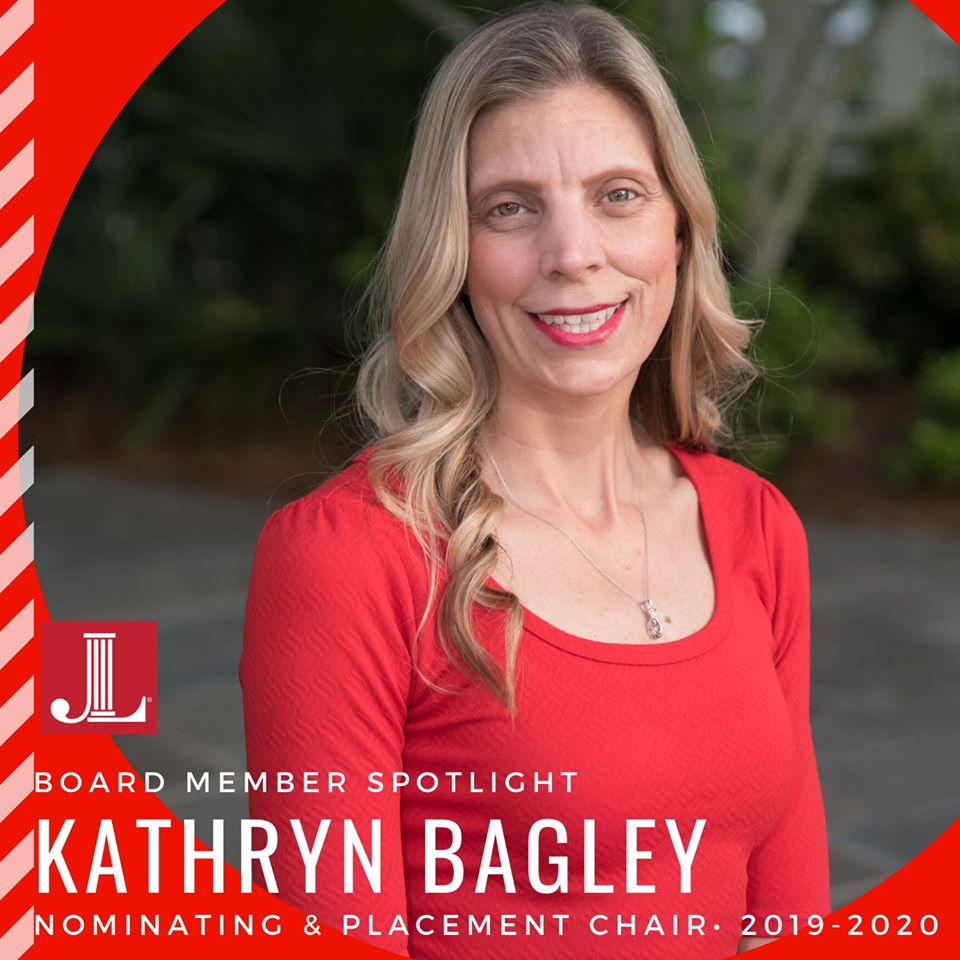 JLM MISSION
The Junior League of Monroe is an organization of women whose mission is to advance women’s leadership for meaningful community impact through volunteer action, collaboration, and training.

JLM PURPOSE
Our purpose is exclusively educational and charitable.  We reach out to women of all races, religions, and national origins who demonstrate an interest in and commitment to voluntarism.

By continuing to use the site, you agree to the use of cookies. more information